Unleash the dormant panther in you with these sand colored, fancy and glittery socks.

This now classic pattern will always let you have some fun !
Height: 17cm.
Knitted in France with premium quality cotton and lurex.
Fine and strong finishings.
42%cotton/34%polyamide/3%elastane/21%polyester.
SKU: ROleablack Category: Just Socks for Women Tags: accessorie, made in Europe, socks

According to Royalties philosophy, the making is entirely made in France by a company run by the same family since 1938. 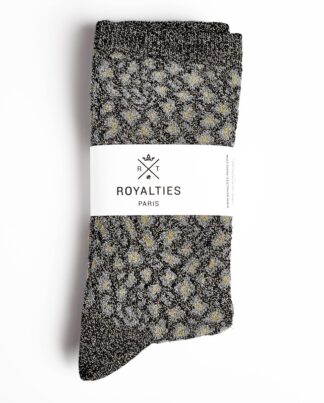